Many organizations offer free trainings and courses to help you learn more and excel in your desired career. Below is a list of resources that you can take advantage of during this period.

(sharing information from different sites to help you during this time)

The COVID 19 Response Fund is a partnership comprising Mecklenburg County, the City of Charlotte, corporations, houses of faith and others. The Fund’s goal is to help those individuals and families in Mecklenburg County most impacted by the pandemic, with a special emphasis on providing for the basic human needs of our community’s most vulnerable residents. The Fund will issue grants to eligible nonprofits able to meet existing needs.

The Fund complements government interventions and investments, and expands the local community’s capacity to address the outbreak’s social, health and economic impacts, with a special focus on populations disproportionately affected by the outbreak. Funding is restricted to Mecklenburg County organizations offering programming and services for residents.

The Fund is jointly administered by Foundation For The Carolinas and United Way of Central Carolinas.

The next cycle of funding will tentatively open Monday, April 13 at 10am and will close April 17 at 10am. We will update the website, if the schedule changes.

Organizations must have a demonstrated ability to deploy resources quickly, effectively, and to scale their efforts

Organizations must have the ability to track and report on utilization and outcome data.

We are currently not accepting applications.
The next cycle of funding will tentatively open Monday, April 13 at 10am and will close April 17 at 10am.
We will update the website, if the schedule changes.
https://uwcentralcarolinas.org/grants/COVID

Posted by MsTNTBS at 9:49 AM No comments:

Email ThisBlogThis!Share to TwitterShare to FacebookShare to Pinterest
Labels: Legal

The Excuses, The Frustrations, and The Plateaus

I want to change something. will the date change? Early on I found that no one wants to deal with the new kid on the block and the reason is simple, you're new and they're not sure if they can trust you. There are some things I really wished that someone would have shared with me early on in my business and well, that is what I am going to do in this post. You are going to have some days that are not so pleasant when you are living your dream. Press play and hear what I have to say about The Excuses, The Frustrations and the Plateaus in our business.

Posted by MsTNTBS at 9:00 AM No comments:

Children aren’t afraid to talk about skin tone…Why are their parents? 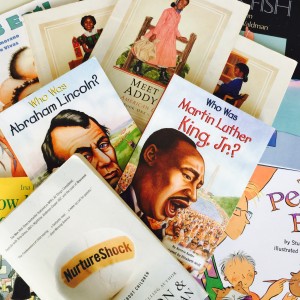 When our children talk about skin color, we parents don’t have to be afraid to engage in their conversations. Actually we can let them lead the way. When children talk about their friend’s skin being brown, peach, pink, etc., they are simply noticing the obvious.

But parents have been shamed into shunning conversations about skin color, opting instead to embrace the seemingly more safe and politically correct colorblind approach.

Colorblindess—the notion, the theory, the language or lack thereof—has made parents a false promise. If we don’t see skin color (or talk about it), racism will go away. I wish it were true. But it’s just not.
Research shows that because children are developmentally prone to in-group favoritism, avoiding conversations about race and skin tone will not produce color-blindness. Instead, the colorblind approach will rob them/us of language and power to address race-based issues when the opportunity presents itself.
The observation of skin tone is not inherently connected to the social political construct of race. So, in our family, we empower our children by giving them language and freedom to talk about skin tones and other obvious differences. For example, the ethnic make up in our family is white dad, black mom, and three multi-ethnic little girls. We have given ourselves a language and narrative to acknowledge our five different ‘hues of brown’ (and five different hair textures) without using race terminology like ‘white’ and ‘black.’
Having conversations about skin tone void of shame and discomfort in their early years has established a safe space and frame work for educating them about the complexities of race ideology. Our then seven year old articulated her understanding of race as a terrible idea created a long time ago, that if not for Dr. Martin Luther King, Jr., would have made it impossible for her to be born! She expressed anger about the invention and existence of race and racism. (Yay! We want anger to be pointed towards the idea and legacy of race, not towards a group of people.)

I was amazed at how she formulated this position. She had read Meet Addy: An American Girl series, Who Was Martin Luther King, Jr.?, Who Was Abraham Lincoln?, both of the Who Was…? series, to name of few. She had lots of questions and I gave her age appropriate answers.

As parents, we can not allow fear to keep us from having these conversations. Shunning comments about skin tone and race in the warmth of our loving homes, may leave our children susceptible to the conditioning of institutionalized racial narratives. Let’s empower our children to create a more beautiful world.
Here are a few related resources.
In the comments section, please share your resources and practices or any questions you may have.

By Lucretia Berry
I am a wife, mother, educator, writer, and speaker. I am passionate about helping people overcome boundaries through spiritual and social consciousness. I love the work of ONEness and  am co-creator of Brownicity: The Art & Beauty of Living & Loving Beyond Race, our platform for inspiring, equipping and empowering people to eradicate race ideology.
You can connect with me at Brownicity, on Facebook & Twitter.
Posted by MsTNTBS at 12:00 PM No comments:

Email ThisBlogThis!Share to TwitterShare to FacebookShare to Pinterest
Labels: Relationships

When children have questions about skin tone, how will you respond? with Lucretia Berry 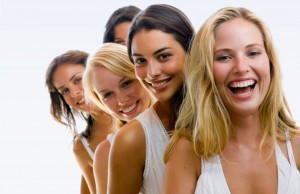 ‘Why is your skin a different color than mine?’

What are some of the skin tone or race related questions that you’ve been asked by a child? One summer I was collecting data in an Appalachian preschool where everyone was white. A sweet little boy walked up to me and asked me why my legs were brown. I could sense that his question made the adults uncomfortable, but I thought that he and his question were adorable. How would you have answered his question?

Addressing the toddler was easy. It was the discomfort of the adults that caught me off guard. Why were the adults uncomfortable with his question? Because they were more than likely taught to be colorblind. Colorblindness is the notion that If we say we don’t see skin color or talk about it, racism will go away and that the person who mentions skin tone or race is racist. I guess colorblindness sounds good in theory, but not only did it make us an empty promise, it left us void of the language and ability to have seemingly simple conversations with children. 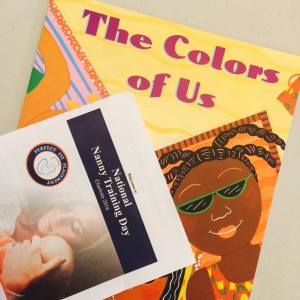 You shouldn’t avoid talking with children about skin tone and race. Research shows that because children are developmentally prone to in-group favoritism, shunning conversations about race and skin tone will not produce the desired ‘everyone is equal’ mindset. 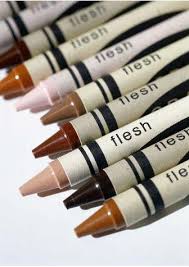 Here are some ways to talk with children about skin tone and race. When children talk about skin being brown, peach, pink, etc., they are simply noticing the obvious. The observation of skin tone is not inherently connected to the social, political construct of race. So, when children have questions about skin tone, we don’t need to launch into a civil rights speech right away.
Here is how it plays out in our home. Our family is multi-ethnic—white dad, black mom, and three little girls, currently ranging in ages from four to eight. Because the race concept is complex and confusing (for adults to understand, let alone children) we gave ourselves a language and narrative to acknowledge our five different skin tones (and five different hair textures) without using race terminology like ‘white’ and ‘black.’  Starting from when our oldest was a preschooler, here’s a little of what we do.
In children, we have the opportunity to cultivate a future overflowing with love, justice, peace, unity and fun. Telling the truth about skin tone and race/ism will only equip and empower them to help get us there. 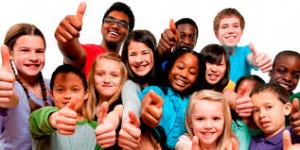 Your Children See Color—and It’s Beautiful! Here’s Why You Shouldn’t Be Afraid to Talk About It. Online: For Every Mom. Lucretia Berry (2016)

Why White Parents Don’t Talk About Race: Does teaching children about race and skin color make them better off or worse? Nurture Shock: New Thinking About Children. Bronson & Merryman. (2009) Here is a summary.

I am a wife, mother, educator, writer, and speaker. I am passionate about helping people overcome boundaries through spiritual and social consciousness. I love the work of ONEness and  am co-creator of Brownicity: The Art & Beauty of Living & Loving Beyond Race, our platform for inspiring, equipping and empowering people to eradicate race ideology.
Lucretia Carter Berry, Ph.D (Curriculum & Instruction)
Brownicity.com

Email ThisBlogThis!Share to TwitterShare to FacebookShare to Pinterest
Labels: Relationships

2 Across In Love And LIfe


Have you ever met anyone that you found annoyingly attractive? Someone who you would not normally be attracted to because of all their quirks? Maybe they seem instantly repulsive, but at the same time something pulls you in their direction? Or could it be that it seems you are the only two left on Earth OR on the BART transit system?

This romantic comedy promises to reach inside of your personal life and shine a light on those parts you dared to keep hidden. That chance encounter of the perfect stranger where you get to be whomever you want to be to protect yourself from the present danger of things in common like crossword puzzles and love. While protecting yourself from missing another opportunity to marry Mrs. Right. Or to protecting yourself from being drawn in by another man who will leave you out in the cold. Well this hour and a half stage performance proves to each of us that the walls we put up against ‘new’ love are real. Using past pain, regrets, or even degrees are not enough when you run into the one that will cross your path and test your heart strings.

This 2 person performance would seem to be a challenge to pull off, but Mara Rosenberg (Janet) and Phil Robertson (Josh) pull it off nicely. They kept the audience engaged the entire time. The room filled with laughter at every other turn in the play. There was unexpected, heart warming moments on the transit ride that I was sure was going to end with these two strangers never seeing each other again. Then there was the naughty moment with the thought of there being a secret affair by two who were not happy in their current situation. My heart raced as I wondered 'could a kiss with a stranger make it better'? If only for 90 minutes it could.

If you love a good romantic comedy you will enjoy this performance. Rachel Jeffreys, the Director did a wonderful job with this presentation. It will run another weekend at Upstage in NoDa 3306 North Davidson Street, Charlotte, NC 28205. Stop by www.threebonetheatre.com to purchase tickets. 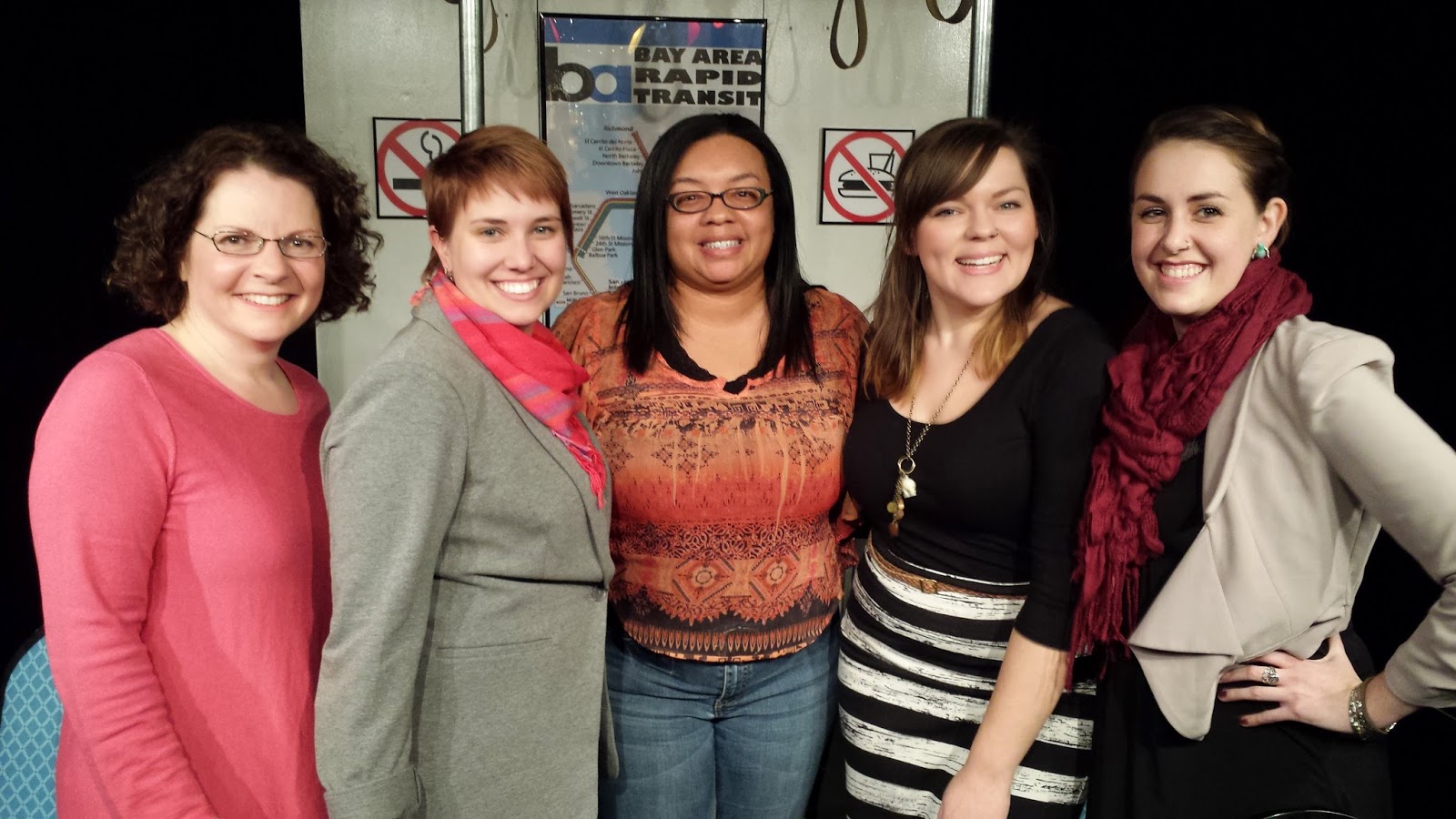 Posted by MsTNTBS at 6:45 PM No comments:

Be the first to read our posts